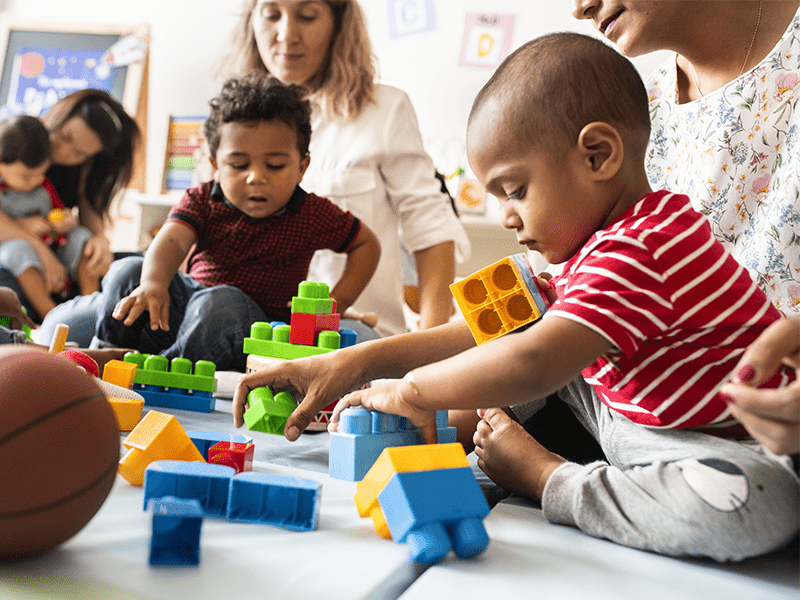 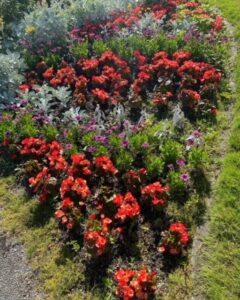 Start Early Washington publishes “Notes From Olympia” periodically throughout the legislative interim. During this time, we are replacing trivia with “deeper dives,” looking at innovations and issues that intersect with policy. In this edition, our deep dive focuses on the state agency decision package process that is currently underway.

Earlier this summer, the Department of Children, Youth and Families (DCYF) announced the expansion of home visiting access to approximately 300 new families with the award of 11 contracts totaling $2.1 million. This expansion came from state funding secured in the 2021 budget process.

Programs and home visiting models supported with these expansion dollars include:

DCYF is also in the process of finalizing an expansion opportunity designed specifically for federally recognized tribes and tribal organizations. A total of $480,000 will be available for programs to expand their services to approximately 50 new families.

The Home Visiting Advocacy Coalition is working on finalizing its 2023 state budget ask. The request will incorporate recommendations submitted to the Legislature and DCYF earlier this summer by the Home Visiting Advisory Committee. (See the June 2022 “Notes from Olympia” for a summary of the recommendations). Specifically, the request will focus on serving additional Black, Indigenous families or other families of color, families living in rural communities and supporting smaller community-based organizations that are more likely to be BIPOC-led.

Operated in partnership by the Department of Commerce and DCYF, ELF provides funding in three categories: pre-design ($20,000 award limit); minor renovation and pre-development ($200,000 award limit); and new construction and major renovation ($1 million award limit). When making award decisions, Commerce and DCYF evaluate key project criteria such as the number of early learning spaces for children from families earning a low income, the project location relative to other early learning facilities and projects located in rural areas and low-income neighborhoods, among other factors.

The need for facilities funding is great. This year, ELF received 143 applications requesting a total of $72.9 million. In the end, $43.2 million was awarded to 69 early learning projects.

On Aug. 17-18, advocates in support of state funding for early learning facilities held site visits in Ellensburg, Zillah and Toppenish – providing a chance to see ELF’s investments in action. 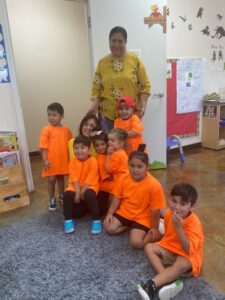 At Maria’s child care center, approximately 90% of the children are supported through Working Connections Child Care. Through ELF, Maria received funding to expand her facility to serve 48 additional children. 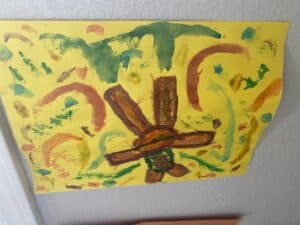 Alejandra Navarro is a Family Child Care provider with a level 4 Early Achievers rating, and she subcontracts with the Educational Service District 105 to provide ECEAP services. With support from ELF funding, Alejandra purchased a building in Toppenish and will open a center to serve 40 additional children.

Primary Election Results Are In – On to the General Election

On Aug. 19, Secretary of State Steve Hobbs certified the results of the Aug. 2 primary election. Washington state has a “top two” primary system whereby the top two vote-getters, regardless of party affiliation, advance to the Nov. 8 general election. In some legislative races, a Democrat will face a fellow Democrat and, in others, a Republican will face a Republican.

The results of the general election will determine every seat in the State House of Representatives, 24 of the 49 State Senate positions and the Secretary of State’s office because our current Secretary of State Hobbs was appointed to the position, replacing Kim Wyman who left to join the Biden administration to lead cybersecurity efforts.

Generally speaking, incumbent Democrats in the Senate and House performed better than some had projected with the expected “red wave” not materializing. Every state legislative incumbent – regardless of party – advanced to the November election. Check out Austin Jenkins’ piece summarizing the election results and visit the Secretary of State’s website for all the data on the general election match-ups.

(Photo Credit: Courtesy of the Department of Children, Youth and Families)

While much of the Olympia chatter centers on the legislative session during the first 3-4 months of each year, as the visual above demonstrates, the state budget process is a year-round affair. Work is constantly underway to prepare for, make decisions about or implement budget components. Each stage in the budgeting process serves as a filter, as some proposals “stick” and others drop off as the realities of competing priorities and available revenue play out.

September represents a key stage in the “preparation” part of the budgeting timeline as state agencies submit “Decision Packages” to the Office of Financial Management (OFM – the Governor’s budget shop).

So, what is a decision package?
Decision packages signal state agency priorities for the upcoming budget cycle. Decision packages include an overall funding amount requested, a narrative justifying the ask as well as any cost modeling (otherwise known as “the back-up math”). These requests can be for programmatic improvements or specific internal agency needs such as information technology or office space. Essentially, these decision packages aim to make a case for why the proposed investment should be a priority.

OFM typically gives agencies a ballpark of the amount of funds they can request and may include other parameters they need to follow (similar to a homework assignment in school). These guardrails are important because, as expected, our state agencies are filled with staff passionate about the programs they work on, and without these limits, they would likely submit requests that far exceed available revenue. As it is now, the requests almost always exceed revenue.

Which comes next in the process?
After the decision packages are submitted, OFM spends the fall months reviewing and vetting these budget requests, weighing available revenue with the Governor’s priorities.

From there, it is the Legislature’s turn.

How can I find the decision packages?
Around mid-late September, every decision package submitted by all state agencies are uploaded to the Agency Budget Request page on the OFM website (I find the website and the downloading process a bit clunky and hope the system can be updated to be more seamless in the future.).

To identify specific decision packages, click on the desired budget session on the far left, for example, “2022 Supplemental” (I will be on the lookout for the “23-25 Regular” when the packages go live). Next, scroll down to the state agency (note that DCYF is not in alphabetical order as it is listed after the Department of Veterans Affairs). From there, click on “Early Learning” then “Search” and all the decision packages under early learning will be available for download.

We will include summaries of relevant early learning decision packages and links in our “Notes From Olympia” when they are available early fall.

What happens if a decision package is not included in the Governor’s budget?
While it is beneficial for a desired item to be included in the Governor’s budget, it is not the end of the road if it is not there. For one, the decision packages include policy arguments and budgetary data that can be used in advocacy efforts. And while decision packages are a major focus at this point in the process, attention will quickly shift to the next stage in the budgeting game. Always remember – nothing is final (or dead!) until the gavel goes down on Sine Die.