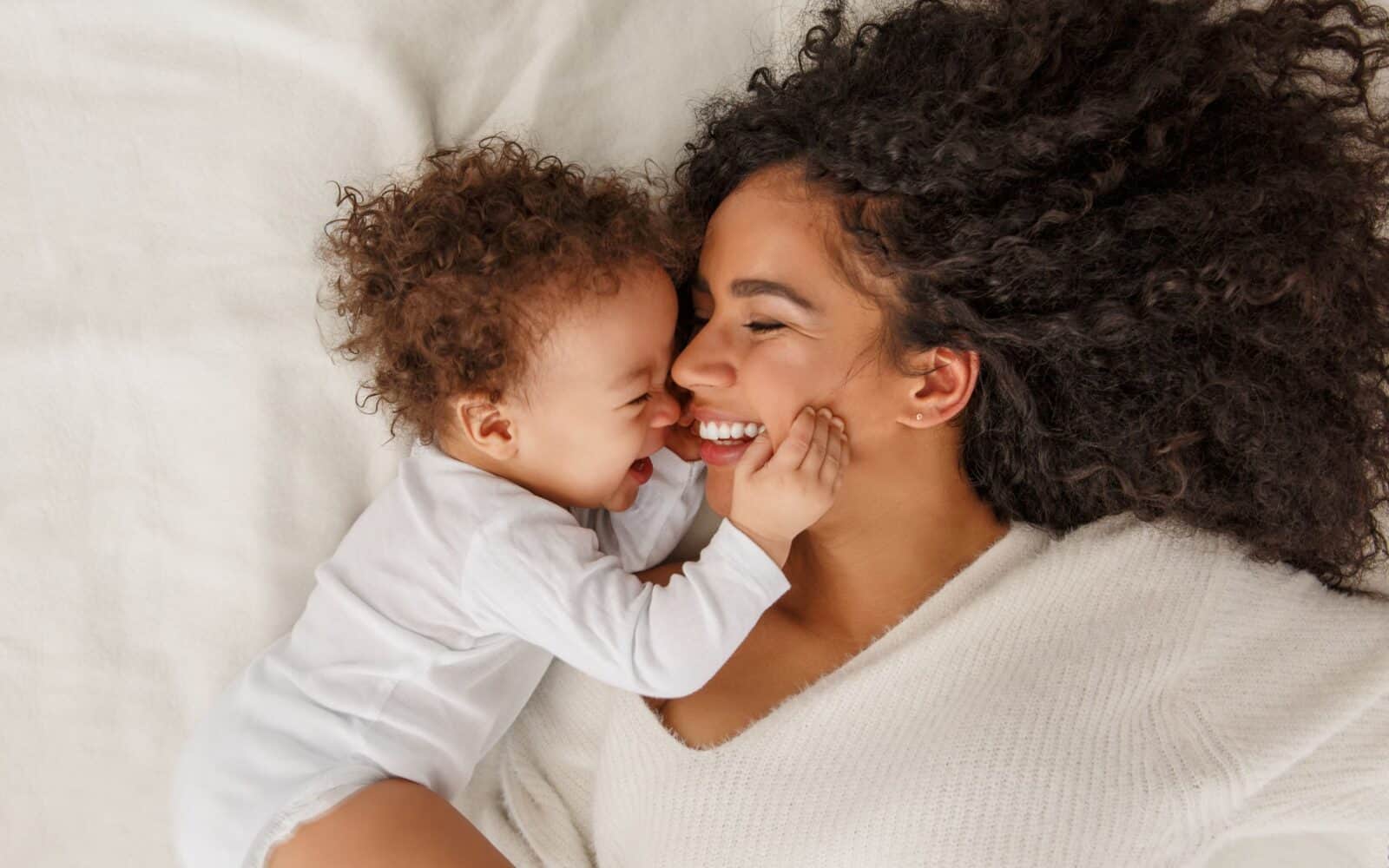 Included in this edition: Revenue and Caseload Forecast Updates, Election Season, Ballot Initiatives and a Deep Dive on Home Visiting. 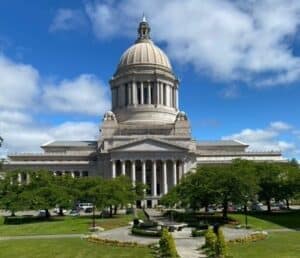 Start Early Washington publishes “Notes From Olympia” periodically throughout the legislative interim. During this time, we are replacing trivia with “deeper dives,” looking at innovations and issues that intersect with policy. This edition’s deep dive focuses on recommendations the Home Visiting Advisory Committee recently submitted to the Legislature and the Department of Children, Youth and Families to improve equity in the system, ensure a skilled and sustainable workforce and serve additional families.

A Look at the State’s Revenue Picture

Two important updates impacting our state’s budget outlook were released in June – the first being the caseload forecast (projecting the state’s spending commitments for entitlement programs) and the other is the revenue forecast (projecting how much money the state has available to spend).

The June 15 Caseload Forecast provided updated projections from the last forecast in February related to a number of state programs. These include projections for K-12 enrollment, state prisons and the Temporary Assistance for Needy Families (TANF) program – all major cost drivers in the state budget. Forecast reports are used by the Governor to build his proposed budget as well as by legislative budget writers in their adoption of budget numbers.

Interestingly, K-12 enrollment has not yet bounced back to pre-pandemic levels. For specific early learning programs, the following changes are forecasted:

Currently, the caseload forecast does not include a specific projection for the Transitional Kindergarten caseload. As a reminder, the 2022 supplemental budget included funding and a directive for the Washington State Institute for Public Policy (WSIPP) to complete an evaluation on a number of items related to Transitional Kindergarten (TK) by Dec. 1, 2023, including the number of school districts offering TK and the number of children participating in the program (to the extent data is available).

If the remarks from State Economist Dr. Steve Lerch at the June 22 meeting of the Economic Revenue and Forecast Council were put into a “word cloud generator,” the words “caution” and “slowing” would likely come out the largest as they were the most frequently cited.

In short, while the state’s revenue continues to grow beyond previous projections, expected growth is accompanied by a number of asterisks. Washington state continues to experience stronger than projected revenue collections, but there is concern about where our economy is headed. The largest concerns are around inflation, rising gas prices, a drop in retail sales, a potential slowdown in residential construction and the ongoing Ukraine-Russia conflict. The potential for a recession in our state is a possibility.

In terms of the official revenue forecast, revenues for the 2021-23 biennium (our current biennium) are up $1.457 billion over previous projections, and revenues for the 2023-25 biennium are up $632 million over previous projections. The variance between the two biennia demonstrates the expected slower, more moderate growth for our state’s economy.

Back to the proverbial word cloud – caution and slowing.

The state’s Aug. 2 primary election is quickly approaching, with ballots in the mail by July 15. Washington state has a top two primary system, which means the top two vote-getters, regardless of party affiliation, will advance to the Nov. 8 general election.

Candidate filing week occurred from May 16-20 with hundreds of aspiring elected officials throwing their hats into the ring for offices ranging from Secretary of State to every seat in the House of Representatives as well as 24 of the 49 State Senate positions. The Secretary of State office is up for election in this “off year” because Secretary of State Steve Hobbs was appointed to replace Kim Wyman, who left her elected position post midterm to lead cybersecurity efforts for President Joe Biden.

Even before candidate filing week, we knew the makeup of the 2023 Washington state Legislature would be significantly different with more than 20 sitting lawmakers announcing they did not plan to run again for their current position. Many of these legislators are running for an open State Senate seat or the U.S. House of Representatives, but a significant number are retiring from elected service (at least for the 2022 election cycle). These retirements include a number of veterans such as the lead Capital Budget writer in the Senate David Frockt; House Majority Leader (and key budget negotiator) Pat Sullivan; and the long-time chair of the House Health Care Committee, Eileen Cody.

In addition to the retirement of veteran lawmakers, we saw an unusually high number of newer legislators, largely Members of Color, opt out of running for state legislative office in 2022. Newer lawmakers cited part-time employment reimbursement for what is really a full-time job, lack of support as well as frustration with the institution as impacting their decision to not return in 2023.

With some very crowded primary races, we will have a better picture of the November general election competitions after Aug. 2.

In the upcoming November general election, voters will also be asked to consider various initiatives. Initiative sponsors have until 5 p.m. on July 8 to submit signatures to the Secretary of State from at least 324,516 registered voters supporting the proposed initiative. The signature gathering process is time intensive, complex and costly.

One initiative that will not appear on voters’ ballots is the proposal to repeal the state’s recently enacted Capital Gains tax that was passed to support components of the Fair Start for Kids Act and other education related items. As reported in the June 10, 2022 Washington Wire, backers of the initiative decided not to pursue a ballot initiative, instead opting to place their bets on the legal challenge that is headed to the Washington State Supreme Court. The Wire piece cites the high costs of signature gathering as a reason for the decision.

The 2021 adopted state budget directed the Home Visiting Advisory Committee established in RCW 43.216.130 to submit recommendations to the Department of Children, Youth and Families (DCYF) and the Legislature by June 1, 2022, containing strategies for improving equity in the home visiting system, ensuring a skilled and sustainable workforce and serving additional families.

The HVAC worked over the past year to develop recommendations that focus on three areas: 1) Workforce Development; 2) True Cost of Services; and 3) Data Enhancement. The recommendations build on work done to date, center community voices and prioritize strategies to better support under-resourced rural communities and organizations led by Black, Indigenous and People of Color. The HVAC is committed to a home visiting system that includes a range of home visiting models, programs and providers to ensure home visiting meets the needs of Washington state’s diverse communities and populations.

Implementing many of these recommendations is within DCYF’s purview; however, some will involve additional investment by the Legislature. While it will take time to implement the full array of recommendations, in its submission letter, the HVAC urged the Legislature and DCYF to take immediate action to address specific challenges facing the home visiting workforce, particularly related to compensation and the recruitment and retention of a workforce more representative of the children and families served.

The recommendation document includes helpful background on the evolution of home visiting in our state, including the following “fast facts:”

Like other health and human service sectors, the home visiting workforce is under stress with higher than usual attrition in the past two years. Top concerns include:

A study cited in the recommendations notes that 49% of the home visiting workforce in Washington earns less than $20/hour and the pay disparity is greater for home visitors identifying as Black, Indigenous or Person of Color.

Data is an area complicated by various funding streams and model-specific requirements. Many local implementing agencies cite the time intensive nature of the current data collection requirements as burdensome and have expressed concern that some data points are duplicative, or even unnecessary. Finally, there is interest in more transparency and disaggregation in the data collected.

Development of these recommendations was a collaborative effort between members of the HVAC as well as staff from DCYF and Department of Health (which manages the data function). A point of personal privilege – I would like to give a special shoutout to the DCYF and DOH teams and the HVAC members who stepped up to lead the recommendation development. A tremendous amount of work went into their development and identification of critically needed action steps.

So where do we go from here? With DCYF’s focus on prevention as a key component of its agency charge (amplified by the recent passage of landmark child welfare legislation), we expect DCYF to submit a prevention-oriented decision package this fall that includes home visiting for consideration in the Governor’s budget. We hope to see the more immediate recommendations that require state investment reflected in that decision package.

Home visiting advocates are digesting these recommendations and beginning the process of developing their 2023 legislative asks. What is clear is the urgent need to address the home visiting workforce and ensure the system is strengthened to better include the voices of communities, parents and providers alike so the system can expand to serve more families.

If you are interested in learning more about home visiting advocacy efforts, drop me an email; we would love to grow engagement with this important work.