This World Teacher’s Day, we recognize teachers like Alyia who make an impact every day to change the course for our youngest learners. Read her story.

“Kids always gravitate to the brighter colors,” Alyia says. “But when she was scribbling, she scribbled her pictures all in black… Sometimes all black, all the way to the edge of the pages.” 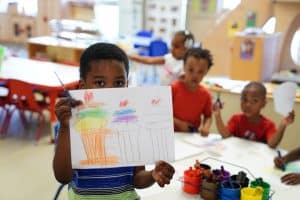 Alyia, who has been teaching at Educare Chicago, a program of Start Early, for 23 years, shared her observations and concerns with the school’s family support specialists, and together, they arranged a visit to the student’s home. These sorts of discussions are critical for providing families with a multi-perspective and multi-expertise support system. This holistic approach is a core component of high-quality early childhood programs. It provides valuable support for students and can help connect their families to important resources.

Give a gift that will ensure teachers like Alyia have the resources needed to support young children and families in powerful and life-changing ways.

“We did a home visit and found out that her lights were out… That’s why she was drawing all in black,” Alyia explains. “After we realized that, we talked about things you could do in the dark, you know, to try to lessen the negativity behind having the lights out.” 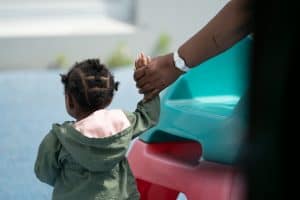 The Educare Chicago team realized during the home visit that the family was living with relatives, and that they would be best suited for success if they had their own apartment.

The school’s family support specialists worked with the student’s mother to help her obtain her own housing and connected her with utility payment assistance programs.

At Start Early, we believe that parents are a child’s first educators, which is why we prioritize family engagement in our early learning programs. Family engagement in early education is particularly important for children and families in communities that are under-resourced, in that it helps create consistency between the home and school environments. The positive outcomes of engaged parents are powerful: increased support for children’s learning at home, empowered parents and improved family well-being.

When Alyia reconnected with the family several years later, she discovered that they were still successfully living on their own.

“We were talking and she brought up how embarrassed she had been during that home visit,” Alyia says. “But, she said, ‘We only had candles and you acted like it was nothing. That took away the sting of it… I knew then that it was going to be all right.’” 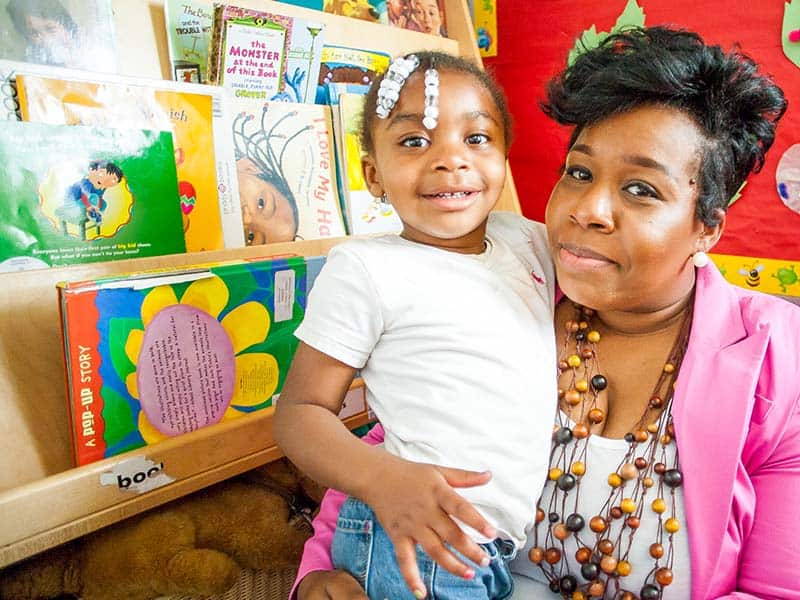 For 40 years, Start Early has provided doula, home visiting and Head Start programs while advocating for policies and adequate funding to make high-quality early education programs, like Educare Chicago, available in communities across the country. Supporting our vital work ensures that teachers like Alyia have the resources needed to support young children and their families in powerful and life-changing ways.

The supports available through our high-quality early childhood programs don’t just provide for the needs of students while they’re in the classroom; they also address challenges at home that could keep a student from thriving in pre-kindergarten and beyond.

“A lot of the circumstances we witness go way above and beyond the norms for what a teacher is supposed to encounter,” Alyia says. 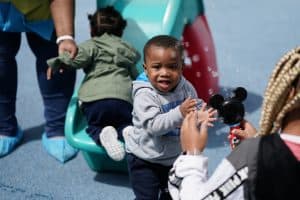 Additionally, our programs connect parents of young children with their peers, creating supportive communities that benefit both adults and their kids.

“Our parents build relationships with other adults that they maintain outside of Educare Chicago. We’ve had a few parents that built relationships where they would take their kids on outings with each other,” Alyia says. “They’re building relationships and making connections that will outlast their child’s time in our program.”

Quality early childhood is one of the best ways to level the playing field. Learn why and about the impact we’re having.