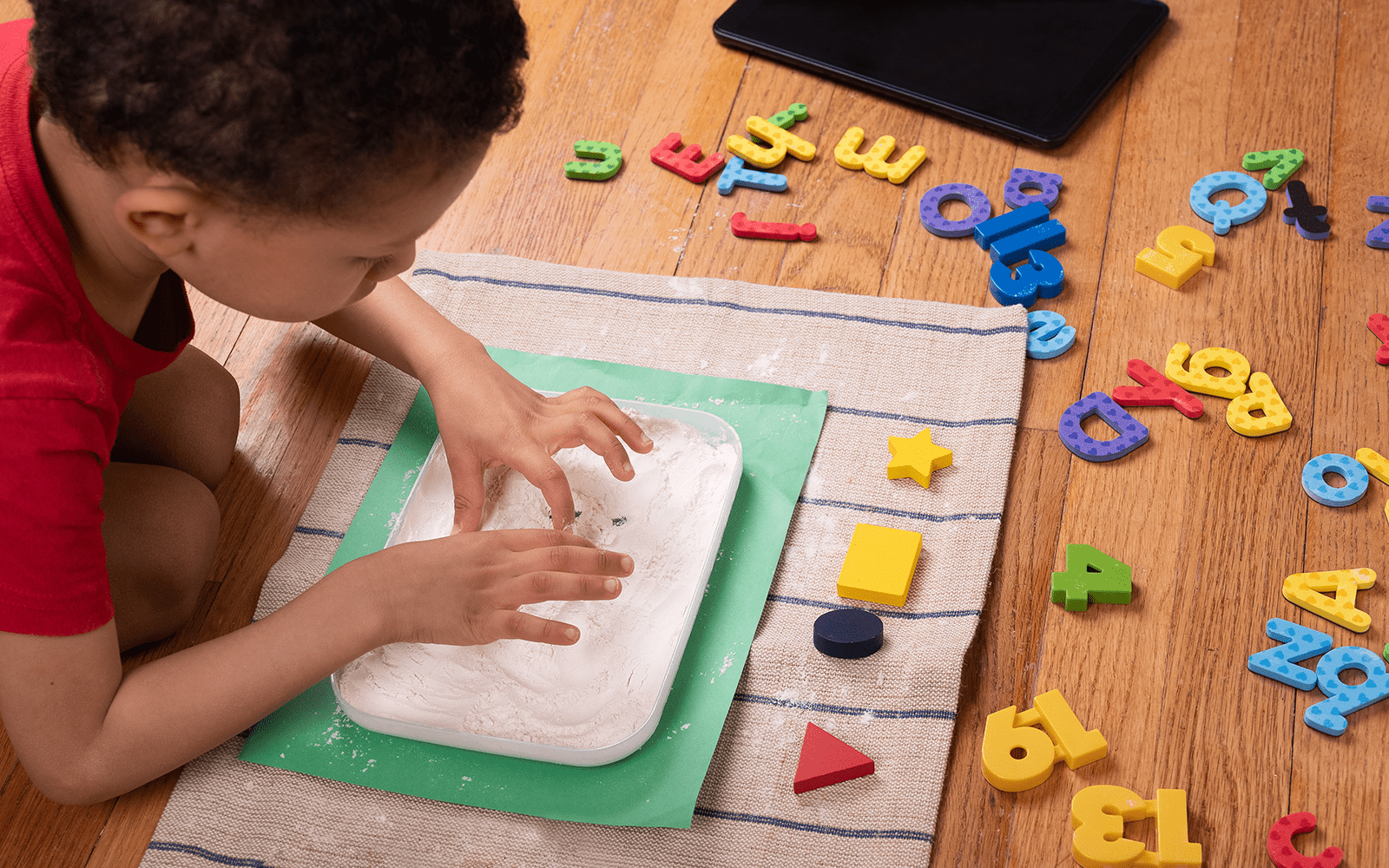 In this Week’s Notes from Olympia: the 2021 Legislative Session is wrapping up. 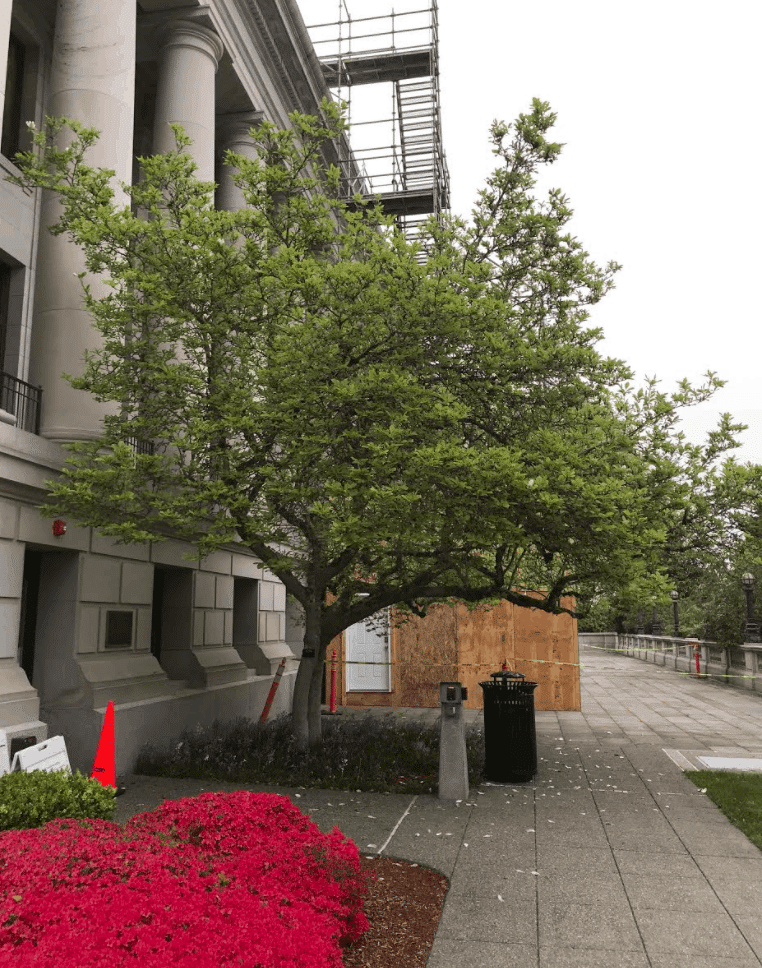 The “Sine Die” tree sits at the east entrance of the Legislative Building. Legend holds that when this tree blossoms, it is time for the Legislature to wrap it up and head home. Given that the tree has already flowered and shed its blossoms, legislative session should be concluding.

What does “Sine Die” mean?

End of Session Is Almost Here. Legislative session is scheduled to conclude by midnight on Sunday, April 25th. Before that happens, both the Senate and House will spend one final weekend working long hours. The list of outstanding issues is decreasing, but a number of substantive and complex issues remain, including passage of budgets. Despite the work that lies ahead, all signs point to an on-time adjournment.

Budget Update. Budget details are expected to be released on Saturday morning (the 24th) and the budgets will be voted on prior to adjournment on Sunday, April 25th.  Start Early WA will send a “Notes from Olympia” early next week capturing the end of session activity, including a summary of key budget investments.

Fair Start for Kids Act on its way to Governor Inslee!  On Wednesday, a conference committee comprised of three Senators and three House members approved a conference report that contains the final details for the Fair Start for Kids Act.  On Thursday, the House of Representatives approved the bill on a 65-32 vote, with 8 Republicans joining the Democrats in voting for passage. This vote was followed shortly thereafter with the Senate approving the measure by a 27-22 vote.  It is now on its way to Governor Inslee’s desk for his consideration.

Start Early WA has updated its summary of the Fair Start for Kids Act to reflect the conference committee report.  Additional resources include this side-by-side comparison of the Senate, House and Conference Committee versions of the Fair Start Act prepared by policy committee staff as well as the most recent version of the bill.

Capital Gains Bill Update. After debate that spanned two days, the House passed the Capital Gains bill, ESSB 5096, on a 52-46 vote on Wednesday, April 21st. On Thursday, the Senate did not concur (agree) to the amendments made in the House.  This means the bill will go to a conference committee where three Senators and three members of the House of Representatives (2 Democrats and 1 Republican from each body) will meet to negotiate a compromise (called a conference committee report). Once the report is adopted by the conference committee, it then must return to both the House and the Senate for an up or down vote (amendments to conference reports are not allowed). This one is going down to the wire.

As reported last week, the current version of the bill would deposit all of the revenue generated into the Education Legacy Trust Account to support investments in K-12 education, early learning and child care. 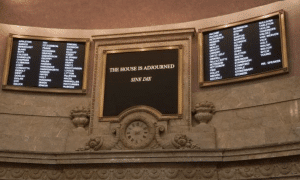 “Sine Die” is a Latin phrase meaning “without assigning a day for a future meeting or hearing.” It is used to symbolize adjournment at the end of a legislative session. It occurs when both the Senate and House of Representatives have concluded all of their business, or at midnight on the final day of the legislative session, whichever happens first.

In Washington state, Sine Die is typically a celebratory event with both the Senate and House chamber doors opened so the Presiding Officers can see each other. Legislators line the aisle for the final bang of the gavels. There is often cheering and even the blaring of the horns you hear at soccer games. The 2021 Sine Die will no doubt feel a little anti-climactic as most legislators will be at their homes.

Here’s a view of the final gavel coming down from a previous Sine Die celebration. Note the open Chamber door looking out onto the Senate Chamber and the House members gathered near the aisle.