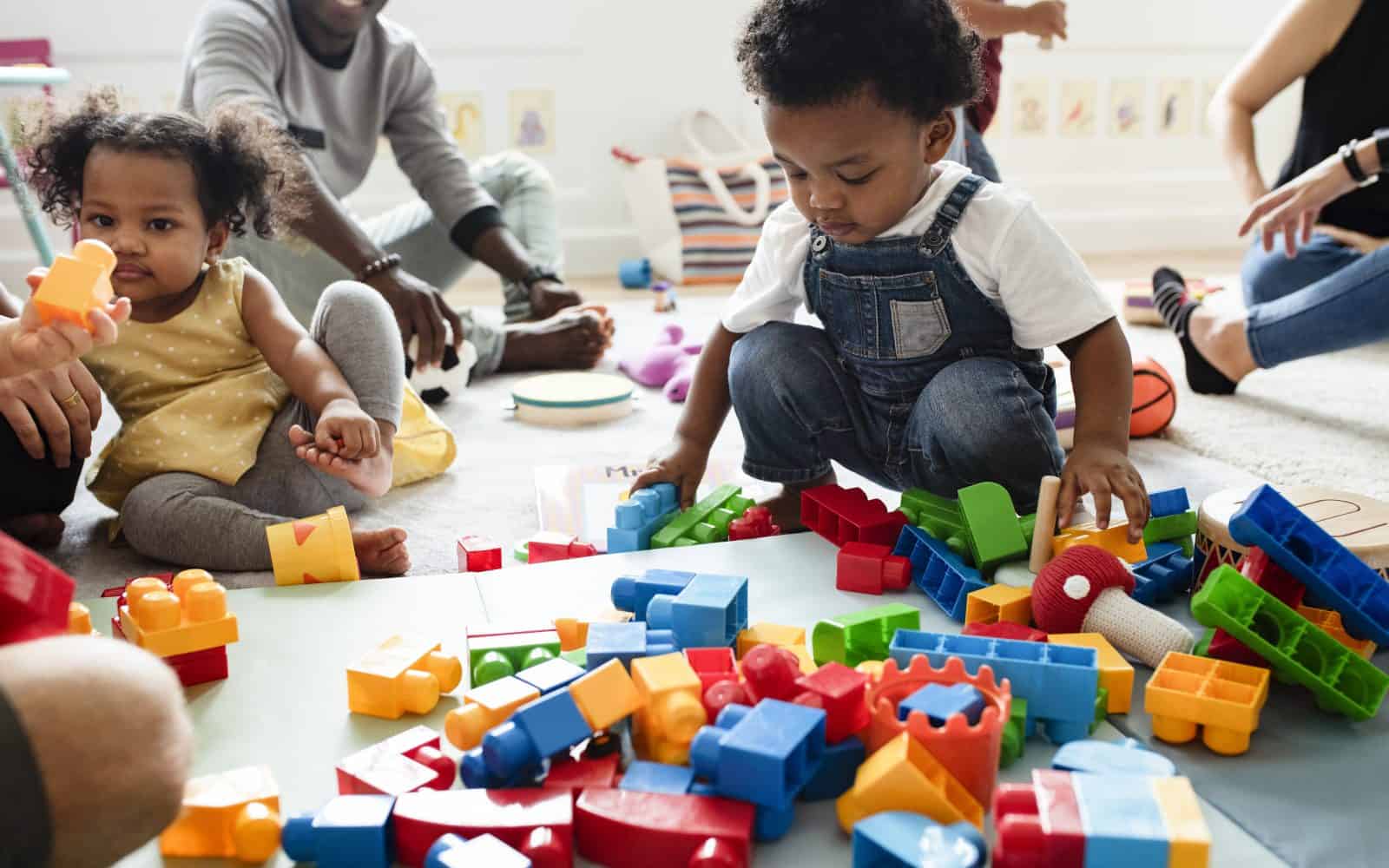 This edition includes a preview of the first week of the 2023 legislative session, details on federal spending increases for early learning, a wealth of helpful resources and much more!

This newsletter will be distributed every Friday morning during the legislative session. It is intended to keep you abreast of legislative activity, highlight important upcoming events, deadlines and share trivia with the help of our adorable Capitol Ambassador, Ollie. 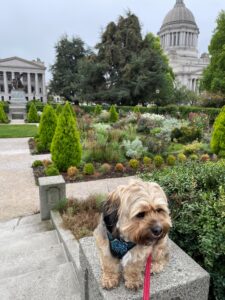 The 105-day legislative session kicks off Monday, Jan. 9. And while it is “go time” for all the players involved in the legislative process, I think I am not alone in experiencing a level of trepidation around what to expect. Think extreme Sunday “scaries” mixed with back-to-school anxiety.

We have not seen a “normal” legislative process for nearly three years, and I do not expect this year to be a full return to previous experiences. On the positive side, we know that most legislative committees will maintain some ability for people to testify virtually. As we saw during the 2021 and 2022 years, this virtual option greatly increased access to the legislative process (even for people on airplanes and ski slopes – two of the most memorable moments of the past two years). We know legislative staff and TVW have been hard at work to make the hybrid nature of in-person and virtual testimony as seamless as possible. Note, questions remain as to how committee chairs will navigate the virtual/in-person balance and we can expect variance among committees.

On the uncertainty side, there remains concern that the typical legislative session steady diet of close quarters, lack of sleep and stress will result in the spreading of illnesses. And while people used to “power through” being sick, hopefully our collective experience over the past three years will lead to people leveraging technology and staying home when ill!

Additionally, the legislative campus is undergoing a few major construction projects and a temporary building has been erected in the parking lot historically occupied by legislative staff. If you are coming to Olympia, acquaint yourself with Capitol campus parking information as many of the usual parking areas will likely be full. (You can fully expect I will don a hard hat and include an upcoming trivia question or two about capital construction!).

Finally, the House has instituted some additional security procedures and staff may need to escort visitors up to legislative offices for meetings. Also, expect a cap on the number of meeting attendees – no more stuffing 10 people in tiny offices. Keep this in mind if you are coming to the Capitol.

Patience and flexibility continues to be the themes!

What’s on Deck for the First Week?

The first day of the legislative session includes the requisite pomp and circumstance, with “Opening Day Ceremonies” slated for noon Monday. This will include swearing-in of newly elected members. Our House of Representatives will also vote to affirm the recommendation that current Speaker Laurie Jinkins continue in this role. Unlike the “other Washington” that is garnering great attention this week, this vote is expected to be procedural – she has the votes!

Legislative Hearings/Work Sessions. Lawmakers in our state can begin “pre-filing” bills starting the first Monday of December. A quick perusal of the pre-filed bill list is a good reminder of the wide range of issues our Legislature considers. Among many others, there are proposed bills to establish a wine retailer’s sellers permit, related to the sale of cosmetics tested on animals and another about courthouse facility dogs. The magnitude of complex policy and budget questions reinforces the importance of being clear in your desired action and succinct in your talking points.

Some of these pre-filed bills are scheduled for public hearing in the first couple of weeks of session. Because the first weeks are a bit slower, it is common that legislative committees use this time to hold “work sessions” where they do a deeper dive on an issue of interest, without a specific bill before them for consideration. For example, the House Human Services, Youth and Early Learning Committee will hold a work session on brain development and early learning on 1/10 at 1:30 p.m., the House Finance Committee will hold a work session on the state’s tax system on 1/12 at 1:30 p.m. and the Senate Human Services Committee will have an overview of the Department of Children, Youth and Families on 1/10 at 10:30 a.m.

Public Hearings on the Budget. The hot ticket legislative committees during the first week of session are the public hearings on Governor Inslee’s proposed budget convened by the Senate and House fiscal committees. The schedule is as follows:

These public hearings typically open with an overview of the proposed budget by the Governor’s Budget Director, followed by the opportunity for presentations by statewide elected officials like the Superintendent of Public Instruction or the Commissioner of Public Lands Following these presentations, public hearings commence where individuals are invited to share brief (emphasis on brief) remarks on what is in – and more importantly NOT in – the proposed budget.

These hearings are always a tad chaotic as lobbyists hop up and down, speaking on behalf of their clients. This year will be particularly interesting with the added dynamic of virtual testimony as well. We lovingly refer to these evenings as “cattle calls.” (By the way, I just looked up the definition and apparently the phrase comes from the acting world where cattle calls were massive auditions to fill parts for plays or movies. I guess we are auditioning to be included in the final adopted budget!)

Note that if you want to testify, you need to sign-in via the leg.wa.gov website at least an hour before the hearing. Committees also accept written testimony and you can have your position noted for the legislative record.

On Jan. 5, the Allied Daily Newspapers/Washington Association of Broadcasters held a 2023 legislative preview.

The morning began with release of a recent poll of registered Washington voters conducted by Crosscut and the Elway Group focused on top priorities for legislative action. The poll found the top issues include the economy/cost of living (the only issue identified by both Democrats and Republicans as a top concern), housing/homelessness and public safety. After years of being at the forefront, COVID-19 dropped dramatically as a primary issue of concern for voters.

Before the panel was interrupted by a fire alarm that necessitated the building’s evacuation (don’t worry – there was no actual fire), the legislative leaders discussed their approaches to many of the issues elevated in the voters’ poll. The two issues that received the most attention during the abbreviated time were housing/homelessness and the need to address workforce challenges in a broad manner.

The legislative leaders noted there is bipartisan agreement as to what are the major challenges (e.g. behavioral health, housing, workforce), but their approaches to addressing them differ. Senate Majority Leader Billig discussed child care more than once and emphasized it is both a workforce and education issue. He also cited that workforce challenges impact child care as other sectors. When asked to identify strategies to address workforce, Senator Billig noted the issue is complex and will require multiple solutions.

Following the return after the fire drill, the lead budget writers from both parties outlined their priorities and challenges and Governor Jay Inslee wrapped up the morning doing the same, with a great focus again on housing. We can expect to hear many of Governor Inslee’s talking points at his State of the State next week.

The session ended taking up most of the morning. TVW has a link if you want to capture the remarks. It is a good grounding about what to expect next week, and how issues will be approached. 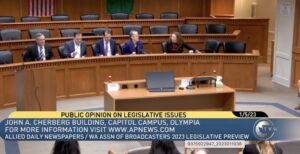 If you are wanting to follow Olympia activity, my go-to websites are TVW.org and the Legislature’s website, leg.wa.gov.

TVW is our state’s version of CSPAN. TVW covers every committee hearing, Floor session, press conferences and, since the pandemic, both the Senate and House Rules Committees. If you miss something live, you can go to the menu on the left and scroll down to media archives.

I serve as a member of the TVW board of directors and believe TVW is an invaluable asset. We truly could not have done our jobs during the pandemic without TVW and their ability to evolve to meet ever-changing needs is appreciated. Note that in addition to covering live activity, TVW also produces weekly shows such as “Inside Olympia” where decision makers discuss and debate hot topics. They also produce great documentaries. I recommend “Reforming the Juvenile Justice System in Washington State.”

Leg.wa.gov is a site that contains a mountain of information about our legislators and the legislative process. The website will be updated to include all of the newly sworn-in Senators and House members after Monday’s swearing in. (Helpful hint – all legislative emails are firstname.lastname@leg.wa.gov). Additionally, the website will include committee members and committee meeting times and all sorts of helpful information. I will include the updated links in next week’s Notes.

Right before the end of the year, Congress passed, and President Biden signed, a $1.7 trillion spending bill. The numbers are still being crunched and details being unearthed, but we know the package made a number of positive investments in early learning, including:

These increases are welcomed for Washington’s children and families and this additional federal funding will play into our state budget discussions. More to come here for sure.

A reminder that Start Early Washington maintains and regularly updates a robust set of resources on our website.

These include an overview of Governor Inslee’s proposed budget, Fair Start for Kids Act analysis and a summary of federal investments in early learning. Note, we will produce a weekly bill tracker that will be included on our resource page (and linked in this newsletter). We will also include Senate and House budget analyses when that time comes.

In addition, our website includes an overview of Start Early Washington’s 2023 budget priorities, the Home Visiting Advocacy Coalition’s budget ask and a resource highlighting the importance of investing in the home visiting workforce.

As the legislative session progresses, our resource page will update with a weekly bill tracker.

Please note that legislation changes quickly, so the version on our website may not represent a bill’s latest version as it is published the Thursday of each week.