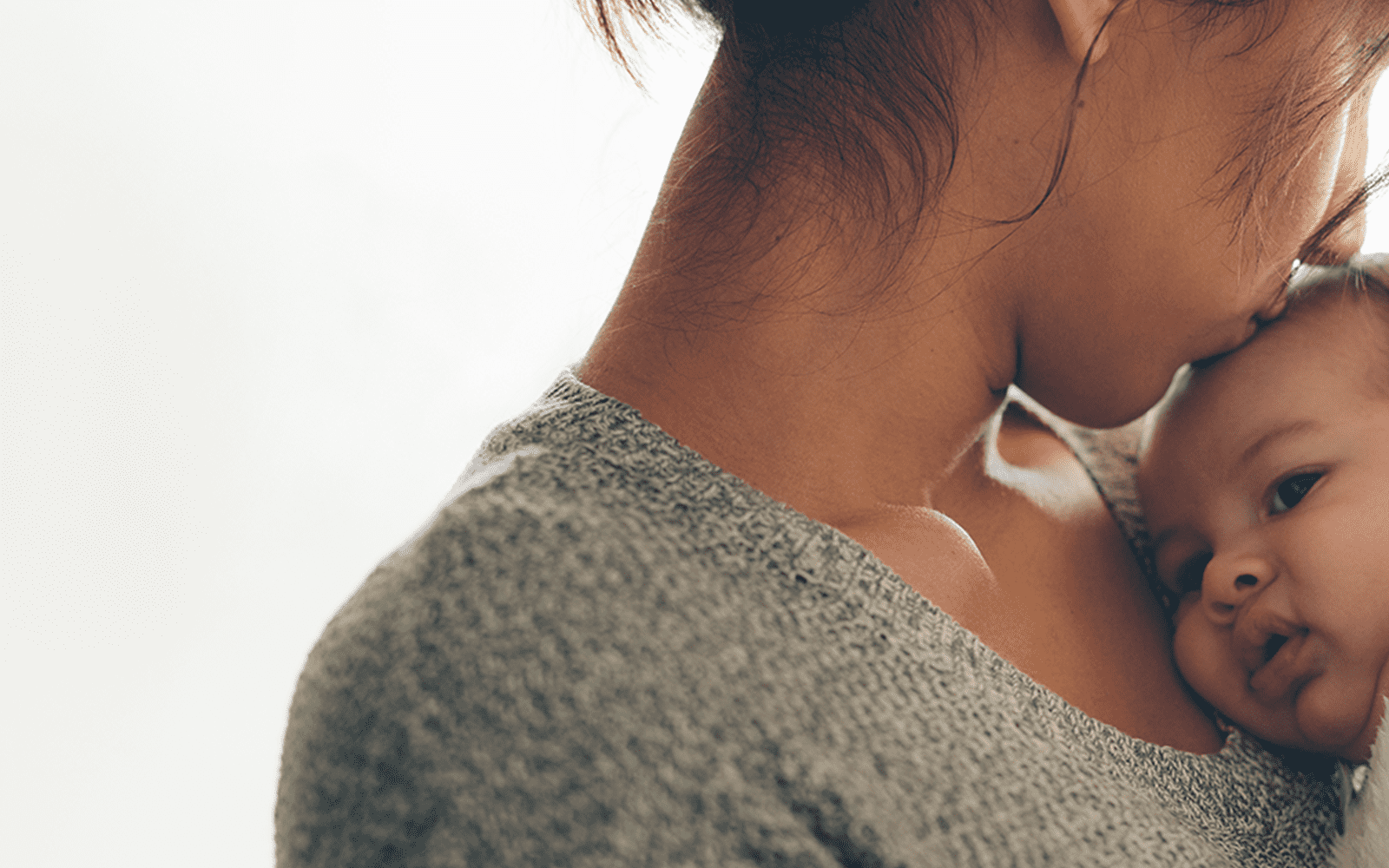 Lawmakers let universal child care legislation die 50 years ago. As Congress moves closer to passing historic legislation, Start Early thought leaders detail why we can’t miss our chance to create a comprehensive system that supports children and families when it matters most.

Exactly fifty years ago, in the fall of 1971, Congress passed the Comprehensive Child Development Act (CDA) with a bipartisan vote. The law would have laid the foundation for federally funded universal child care programs “as a matter of right” for all children regardless of economic, social and family background.” The proposed programs would have been locally run and free for families with income below the poverty line, while available on a sliding scale to families making above that.

The proposal appeared popular with the public in the years leading up to the vote. A July 1969 Gallup poll suggested that 64% favored establishing of federally funded child care centers “in most communities,” while only 30% opposed. Supported by Democrats and Republicans, the CDA’s middle-class appeal made the bill seem like a sure thing in the build-up to the 1972 election season. President Nixon was privately ambivalent about universal daycare, but politicians and advocates assumed that given the programs’ broad appeal, he would not stand in the way of Congress.

The CDA’s sponsor, Senator Walter Mondale, formed a taskforce made up of experts and advocates to draft the legislation and get it passed. In an effort to move quickly through Congress ahead of the 1972 election cycle, the coalition — made up of early childhood experts, labor leaders, civil rights activists, and feminists — opted to rely on a group of advocates and experts rather than take the time to mobilize a grassroots movement. This tactic proved effective in getting the legislation passed through Congress but failed when the final bill hit the President’s desk.

Unlike the experts and advocates that supported the CDA, conservative organizations like the John Birch Society and the Mormon Church organized parents’ groups across the country in letter writing campaigns to oppose the bill. Conservatives saw the CDA as an extension of President Johnson’s War on Poverty programs, which they associated with government largess, and worried the CDA would allow the federal government to intervene in traditional family structures. They were so effective that the Health, Education, and Welfare Department’s Office of Child Development fielded as many as 5,000 letters opposed to the legislation — and subsequent bills like it — every week throughout the 1970s.

Conservatives were so vocal in their opposition that by December of 1971, Republicans who had initially supported the law abandoned it. Moreover, President Nixon not only vetoed the bill but condemned federal subsidies for universal child care in no uncertain terms. In his veto message to Congress he criticized the bill’s “fiscal irresponsibility, administrative unworkability, and family-weakening implications” and claimed that signing the CDA would commit the Federal Government to “communal approaches to child rearing over the family-centered approach.” According to one early childhood advocate, the veto froze the issue for decades.

In the end, Nixon made the political calculation that he had more to lose by alienating conservatives than he had to gain by passing popular, bipartisan legislation. Nixon’s veto message, with its praise for family togetherness and critique of “communal approaches to child rearing,” was carefully worded to appeal to right-wing, anti-communist, anti-feminist activists.

No such letter writing campaign came in support of the CDA either before or after the veto. One CDA supporter reflected that the primary lesson to be learned from the bill’s failure was that supporters spent too much time engaged with each other at the expense of mobilizing grassroots support.

The day after Nixon issued his veto on the CDA, he signed legislation that expanded the 1954 child care tax credit to middle-class families. With these two successive steps, President Nixon shaped the early childhood education system we live with today: a failing market-based system where parents are unable to afford high child care costs, providers operate on razor-thin margins maintaining slim profits, and child care workers earn low wages without benefits, which consequently results in exceptionally high turnover. Even the tax subsidies designed to support the middle-income families proved to be not immediate enough to offset monthly costs, as these families juggle when and how to pay for heating, child care, and housing.

Child care advocates learned the lesson of grassroots mobilization well. They organized large grassroots campaigns in support of federal childcare subsidies in the 1980s. By then, however, most politicians had soured to the idea of universal child care programs based on the CDA’s failure. With so many mothers of young children entering the workforce in the 1980s, members of both parties felt compelled to act on childcare. But, Republicans only supported childcare bills that went through the states and supported the children of the poorest families.

Child care advocates worked tirelessly within these political constraints to increase funding for Head Start, child tax credits, and to pass the Child Care Development Block Grant (CCDBG), signed into law in 1990. Today, CCDBG provides block grants to the states to subsidize care for children from families with low incomes.

CCGBD funding has supported many children and families, but it is a far cry from the universal vision laid out in the 1971 CDA. CCGBD has been chronically underfunded from the start. When it finally passed through Congress and President Bush signed it into law, it had less than half the funds the bill’s sponsors originally sought.

While current federal regulations establish parameters for how states can implement the grant, states make policy decisions that impact the quality, supply, and accessibility of child care. Although the recent changes in CCDBG created stronger criteria for health and safety, more consistent payment policies to providers and improved eligibility policies, there is a great deal of flexibility on how states can design their child care subsidy system. For example, many states set the child care subsidy income eligibility significantly lower than the allowed 85%, often only slightly higher than the federal poverty line. Concurrently, although states are recommended to reimburse providers up to the 75th percentile of the child care market rate, many states continue to pay providers in the 40th or 50th percentiles. This leaves many providers questioning the cost-to-benefit ratio of accepting subsidies. Why accept lower payment and a stack of paperwork when there might be another family that can pay the full rate?

The child care sector as it stands today, therefore, may be the only industry in which government subsidy contributes to market challenges, rather than ameliorates them.

Had President Nixon signed the CDA into law in 1971, four generations of children would have had access to comprehensive educational, medical, social and nutritional services. Millions of women would have been able to take jobs, pursue degrees or job training, or start businesses, knowing that they had access to quality and affordable child care programs for their young children.

Things would not be perfect in the early childhood system had the outcome in 1971 been different, but we would be working to solve different and smaller problems — not constantly trying to prop up a system that has been broken from the start. With national program standards in place, it’s unlikely families would be expected to verify their income every six months (as was the norm until recently) or risk losing their child care subsidy if they accept a 50-cent an hour raise. We might instead be tinkering with national standards to make sure they provide universal access to high-quality programs and services. We might be investing in higher education programs to increase the linguistic and cultural diversity of the workforce, instead of hemorrhaging skilled and passionate early childcare workers to lower-skilled jobs that offer higher wages and benefits.

Today, transformational investments in our youngest learners are once again on the table in Washington, D.C., this time preschool for 3- and 4-year-olds, supports for families to access high-quality learning and child care, and an extended Child Tax Credit. Once again, voters overwhelmingly support federal investments in child care and preschool, with national polling from September revealing 81% of voters see child care and preschool as a good investment of taxpayer money — including 80% of independents and 66% of Republicans. And once again, claims of fiscal irresponsibility are threatening us from doing something big.

As Congress debates how much to fund different aspects of President Biden’s Build Back Better Plan, let’s not miss our chance to pass this historic early childhood legislation and create a comprehensive system that supports children and families when it matters most. Because if the last 50 years has taught us anything, it’s that cobbling together a set of smaller solutions only gets us a broken system that serves no one well. 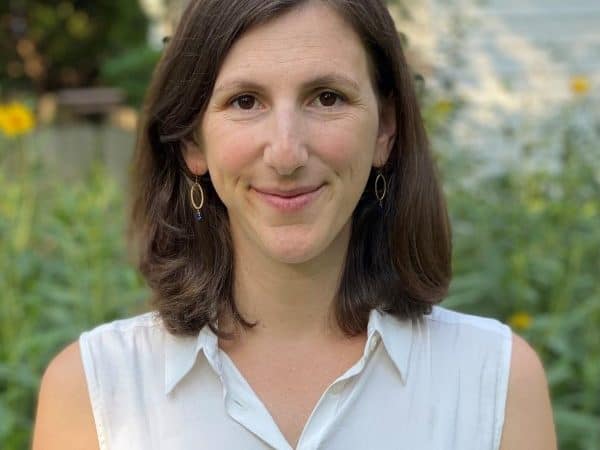 Sign up to receive noteworthy developments in state and federal early childhood news, policy trends and stories highlighting work across our network.

We work at local, state and federal levels to create effective, equitable and interconnected educational opportunities for our youngest learners.